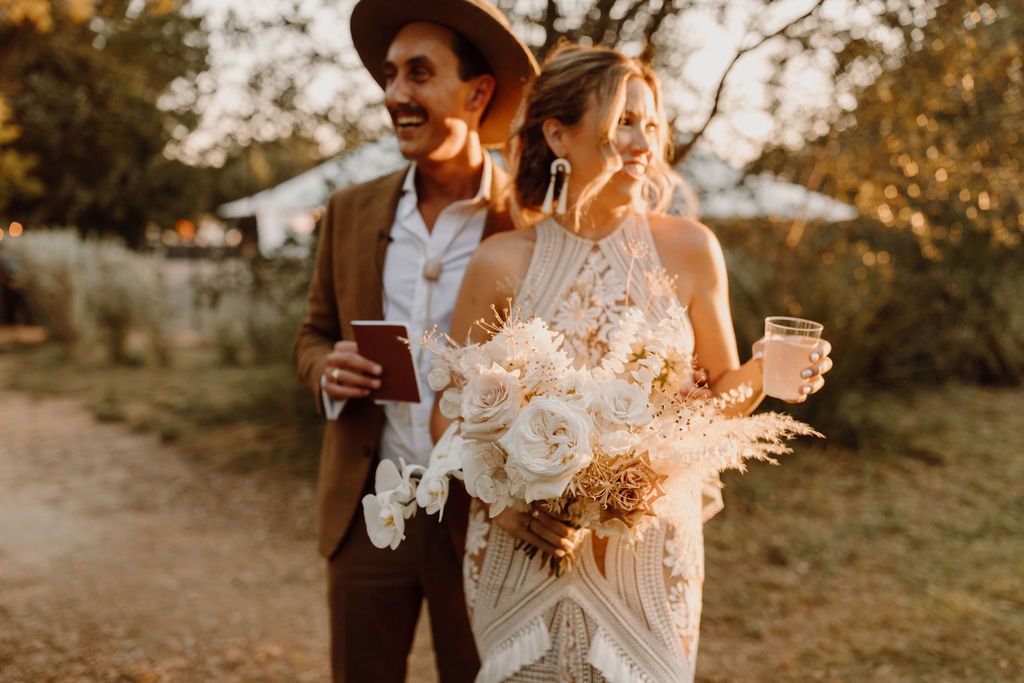 Giddy Up, friends!! We’ve got one heck of a wedding for you today. Courtney and Winslow went ALL out with their incredible country boho wedding but… we’re not surprised, they did hire Bash Co Events after all! So, naturally, every single last detail was perfect. Courtney and Winslow’s wedding was everything our disco-cowgirl dreams could have ever hoped for and more! I think it actually may have been the perfect Texas wedding!

To start things off on an amazing note, Courtney and Winslow were actually the most chill couple ever, like seriously… EVER.

They trusted us with every single floral detail, and were so generous and kind. Not to mention these two have the best style and are SO COOL!! Courtney and Winslow saw the overall design of their wedding to be laid back and boho. They wanted to also incorporate a lot of textural pieces and of course for it to be one fun night! Their wedding day came together beautifully and captured Courtney and Winslow to a T. To top it all off, their wedding was filled with a ton of elements that we had never seen before. Talk about a trend-setting event!

Courtney and Winslow’s country boho wedding was held at the Greenhouse at Driftwood.

This place is basically a venue straight out of our dreams! Their wedding was the first time we had ever visited the venue and we LOVED it! It is such a cool space including unique landscaping, a large tented area for dancing, and a greenhouse! The greenhouse added such a unique, desert element to the venue and it is something we’ve never seen anywhere else around here.

Courtney looked like a Rue De Seine model in her lace halter dress!

It was effortlessly cool and she looked STUNNING. Winslow really brought in the best Texas vibes with a camel suit jacket and a suede hat featuring a spotted feather! I’m serious when I say that these two are one stylish and cool couple.

A half-circle of pampas, dried palms, and fresh roses circled the ceremony site and lined the aisles creating the dreamiest setting for Courtney and Wilson to say “I Do”. With the greenhouse as a backdrop, the light was reflecting onto them in the most beautiful way.  At the reception, Courtney and Winslow let their style shine through. Floral-wise, we kept things simple and natural. Reception tables were sleek and floral was kept neutral as we popped single stems into clear glass bud vases. Tan taper candles were set in cement candle holders and everything felt light and out of a dream; their reception design was immaculate!

We loved their ceremony and reception, but the dancing tent is where our disco dreams came to life.

We built a floral installation off of hanging disco balls, using the fluffiest pampas and orchids. This dance floor was to die for! But, are you ready for the coolest part? They had a tattoo artist at their wedding and they got matching tattoos AT. THEIR. WEDDING. How freakin’ cool is that?! Courtney and Winslow switched things up and instead of a DJ or Band they had a silent dance party for them and their guests. It was so much fun to watch people dance around with giant glowing headphones singing random parts of different songs.

But y’all, the accents of Texas that were spread throughout this wedding had me in heaven. “Giddy Up” was spelled out in the pool, their bar was called the “Watering Hole” and of COURSE they were serving Austin’s infamous Titos at the bar! I could go on and on about this perfect country boho wedding, but I’ll let the photos do the rest of the talking. We’re so thrilled that Courtney and Winslow had the best wedding day ever, yeehaw!

Venue: The Greenhouse at Driftwood 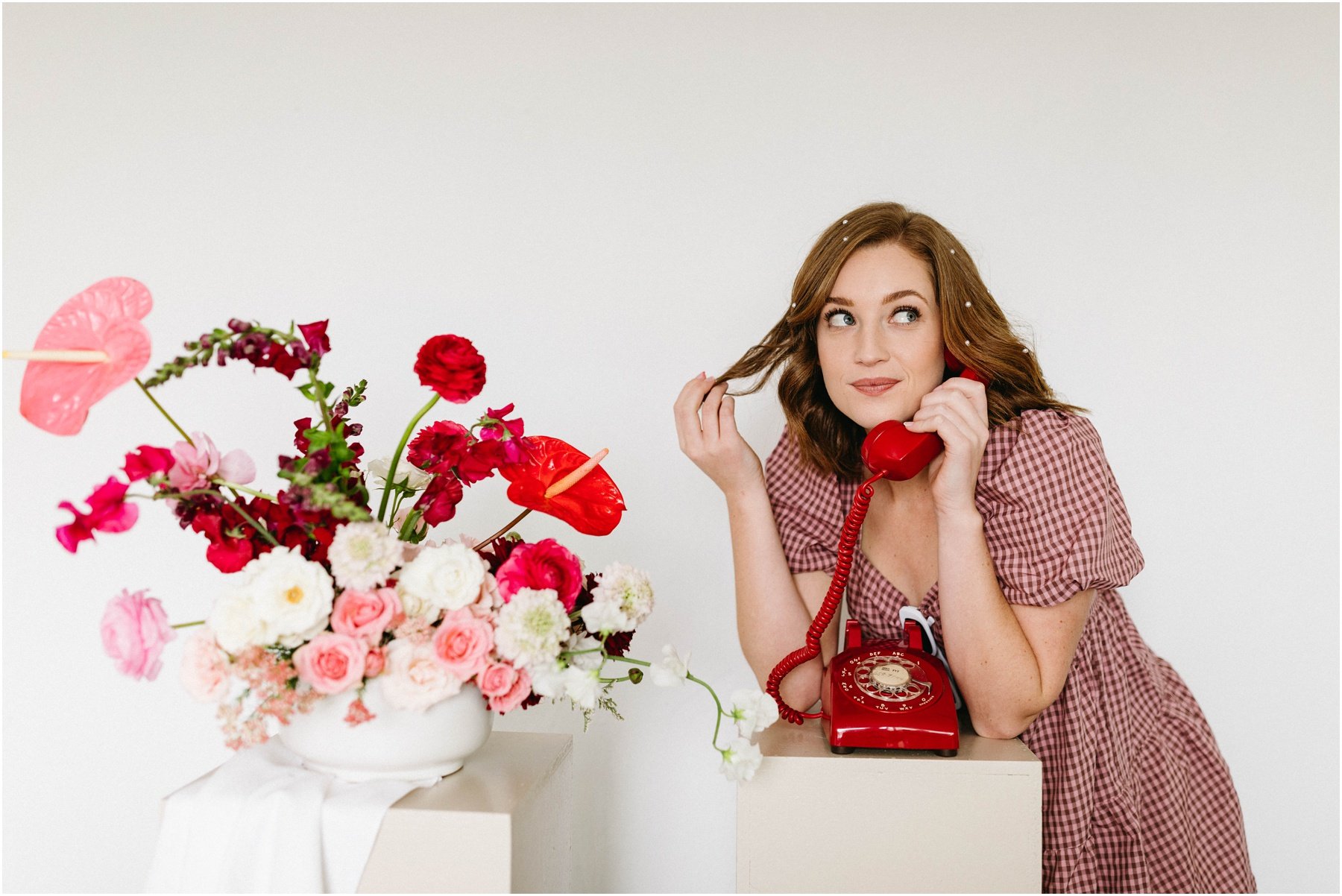 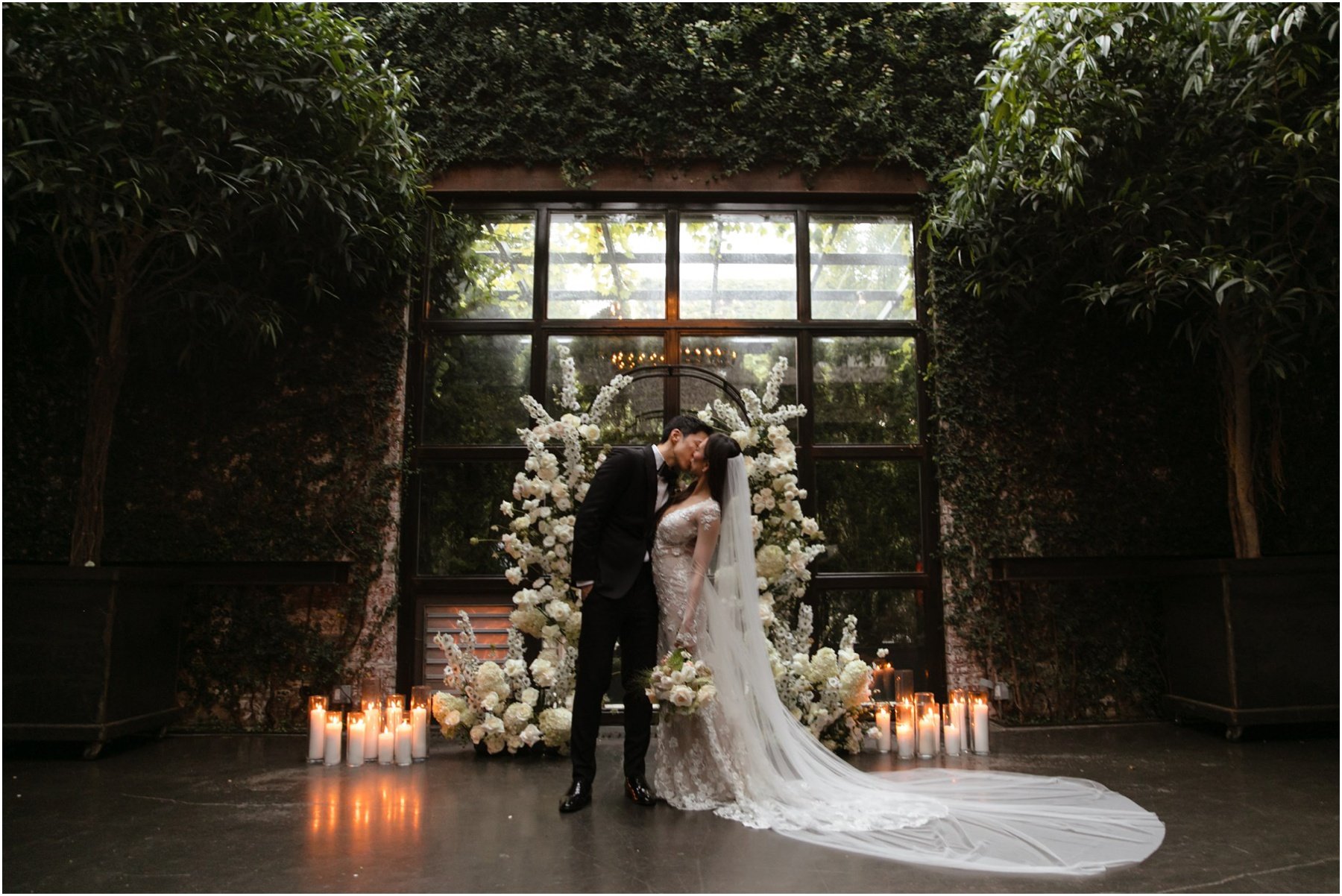